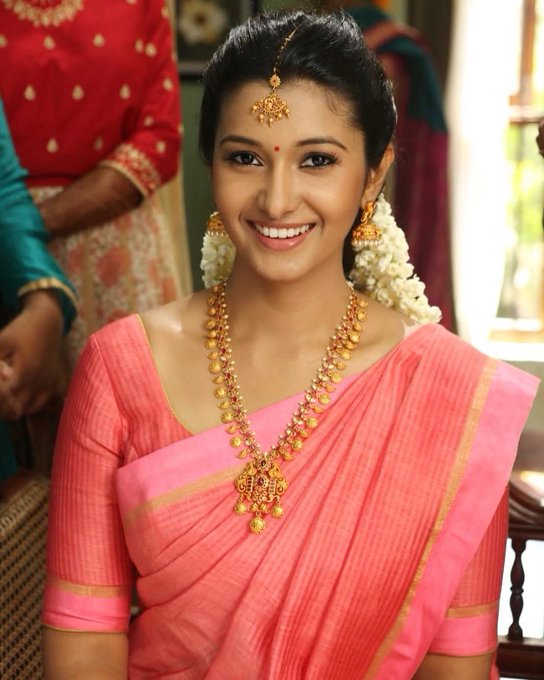 Priya Bhavani Shankar is a News Reader turned actress. She started her career as Newsreader in Puthiya Thalaimurai and came to fame via Star Vijay Television serial “Kalyanam Mudhal Kadhal Varai”. She was born in Mayiladuthurai. Her Image became very popular once she started acting as a serial actress.

Earlier She began her career as a software engineer in Infosys after she completed a Bachelor’s Degree in Electronics and Instrumentation Engineering. After entering the media industry she did her Master of Business Administration (MBA). She hosted Filmfare Awards South in the year 2015.

In 2017, she started her debut movie “Meyaadha Maan” pairing with Vaibhav. Then she starred “Kadaikutty Singam” in a character role. Currently, her latest release is “Monster” with SJ Suryah.

Check for more details below.

All content found on this page have been collected from varying sources, across the web, social media & submitted by users and are believed to be in the public domain. If you are the rightful owner of any content posted here, and object to them being displayed, please contact us ( romeoram87@gmail.com ) and it will be removed promptly. I do not claim any copyrights posted in this page. You may download them for your personal non-commercial use only