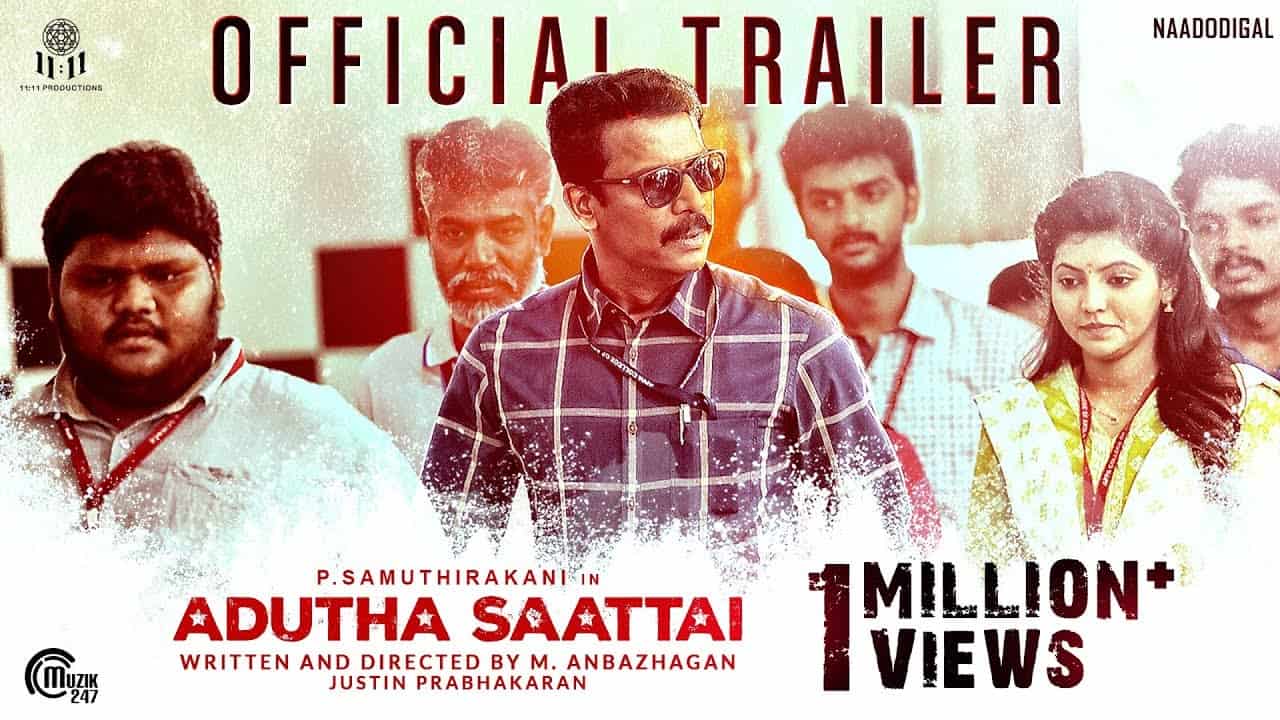 Watch the Official Trailer from the upcoming Tamil action-drama ‘Adutha Saattai’, a sequel to the super hit movie ‘Saattai’,

This movie is written and directed by M. Anbazhagan, produced by Dr. Prabhu Thilak & P. Samuthirakani under banner of 11: 11 Productions & Naadodigal in association with P. Ranganathan under the banner of Sri Vaari Film.