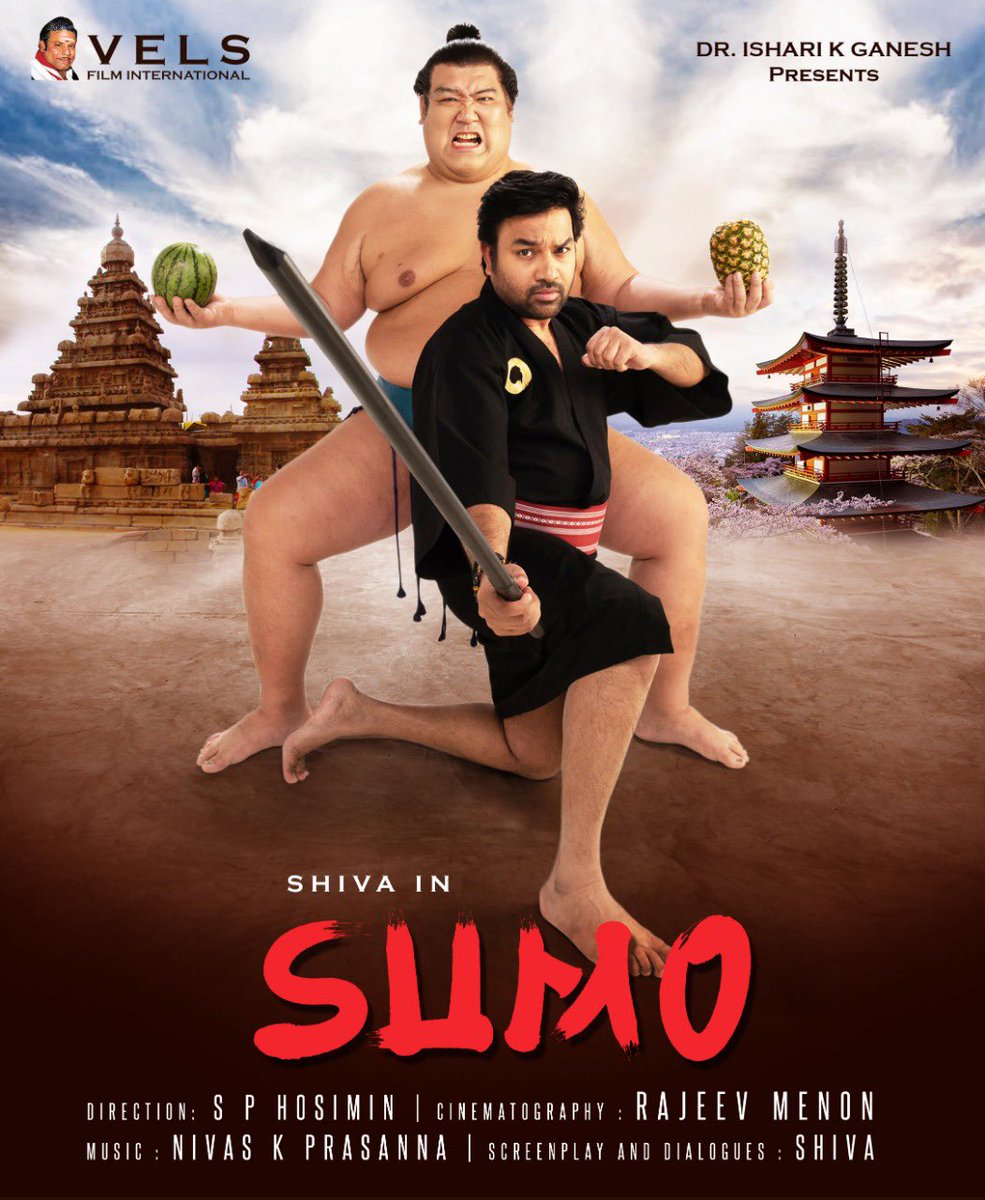 Agila Ulaga superstar actor Mirchi Shiva next will be titled as “Sumo”. This film is directed S.P. Hosimin, he will be paired opposite with Priya Anand for the second time already they shared the screen space in super hit film Vanakkkam chennai, while other actors include Yogi Babu, VTV Ganesh and real-life Sumo wrestler Yoshinori Tashiro will be seen in playing supporting roles. The film’s peculiar first look was revealed by actor, producer, director Venkat Prabhu in his Twitter account, Notably VP is one of the close friend of actor shiva. Th poster which show cases the interesting ‘fruit Ninja’ concept. Surely this movie is going to be a fun filled entertainer.

On the technical department, this movie is shot by popular film maker & cinematographer Rajiv Menon, while Nivas K. Prasanna will be handling the soundtrack for this film.

Interestingly Sumo’s story, screenplay and dialogues are written by ‘Mirchi’ Shiva and Produced by Ishari K. Ganesh under the Vels Film International bannner.