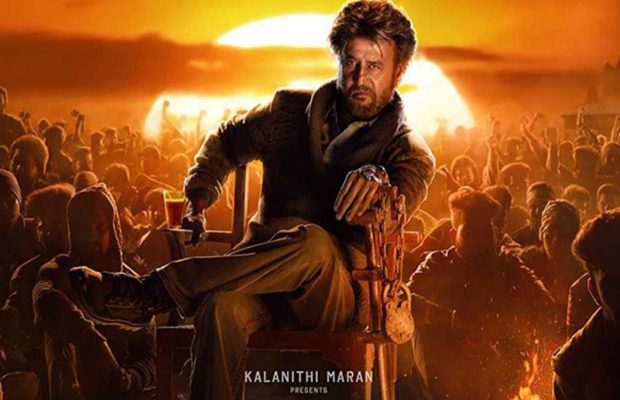 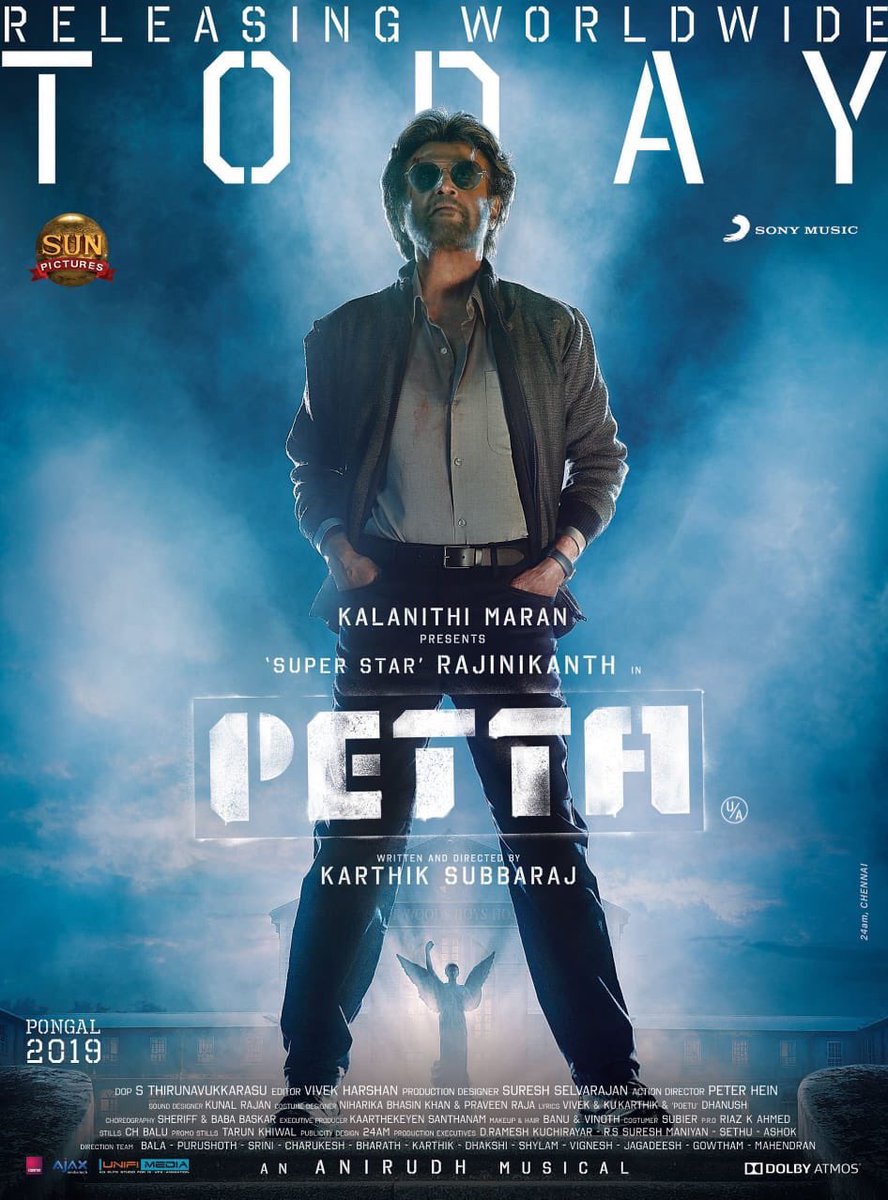 It has been long since a movie has been made to fully satisfy the Rajini fans. There had been some compromises made in recent movies of Rajini in trying to make Rajini play his age. Rajini was also used as a platform for promoting directors’ personal agenda and political opinions. Thanks to Karthik Subbaraj for giving an out-and-out Rajini movie free from all the shackles.
Writing and Direction

Director Karthik Subbaraja has proved that it is not necessary for a good quality Rajini movie take many years in production. The director has shown through Petta that all it takes is a fertile imagination, true understanding of Rajini-ism and some boldness to take creative risks. Karthik Subbaraj has taken references from a number of Rajini’s past movies and subtly infused the best aspects throughout Petta. It shows in every frame director’s die-hard love for the actor Rajini. Karthik has extracted the best of Rajini – be it action, comedy, acting, and dance. As a bonus, Karthik has also made Rajini look cute – a word you would not typically attribute to a near-septuagenarian.
Rajini has released 3 movies in the last 1 year. It is impressive to see Rajini’s energy level is still top-notch throughout the film. Rajini in the first half brings all facets of his acting skills to the fore. One can barely notice any CG-generated stunt sequences nor in his dance moves. Rajini has taken an easy way out and instead worked hard to bring his best on-screen. Rajini’s heroic presence and fiery intensity are still very much intact proving that age is just a number. A lot of credit goes to the director’s team of crew members who have worked hard and efficiently to re-create the Rajini brand within such a short time.

Petta Movie Analysis
This movie has tremendous casting support – Vijay Sethupathy, Sasikumar, Simran, Trisha, Bobby Simha, Nawazuddin and a few other guest appearances. Good news is they all get enough space to perform without getting side-lined by Rajini’s larger than screen presence. It appears like Bobby Simha may have lent his voice for Nawazuddin (yet to be verified officially). It is clear many of these leading actors must have agreed to do these relatively minor roles more as a sign of respect for Rajini and the director not because the script demanded these popular actors.
Music and Technicalities
Anirudh, for the most part, has got the pulse right by giving what is expected out of a commercial movie. However, a few scenes were probably missing some edginess or quirkiness associated with Karthik Subbaraj’s Tarantino style making. Tirru’s camera-work maintains consistent style and warm tones throughout. Tirru who has done a number of Kamal Haasan and Priyadarshan’s movie has leveraged years of his experience in effectively bringing the “thalaivar” effect even through shadows and out-of-focus shots.
Editing by Vivek Harshan is crisp in the first half and in action sequences. The movie has been shot in a controlled environment which contributed to rapid completion. The art department has worked diligently to make the sets look real, aesthetic and of high production value despite the time pressure. The stunt, dance, costume and make-up departments are always a big challenge in Rajini movies. There is a risk of overdoing or getting carried away which would have back-fired. The entire crew has walked a thin line in pushing the boundaries of Rajini-ism to the edge without tipping it over on the other side.
What could have been better?
Once the gun gets introduced in the second half, the movie’s pace takes a steep drop and slows down with a lot of indiscriminate showering of bullets and the engagement level picks up again in the climax. Most of these tracks with leading actors have way multiple loose-ends without a clear closure. Director could have probably simplified the screenplay and gotten rid off a few knots and made the overall product crisper and shorter.
Summary:
Petta is a movie made out-and-out for the Rajini fans and by a Rajini fan. It is a Pongal treat to see Rajini performing with no shackles or inhibitions. It is almost a reimagination of Rajini for future film-makers to take note.