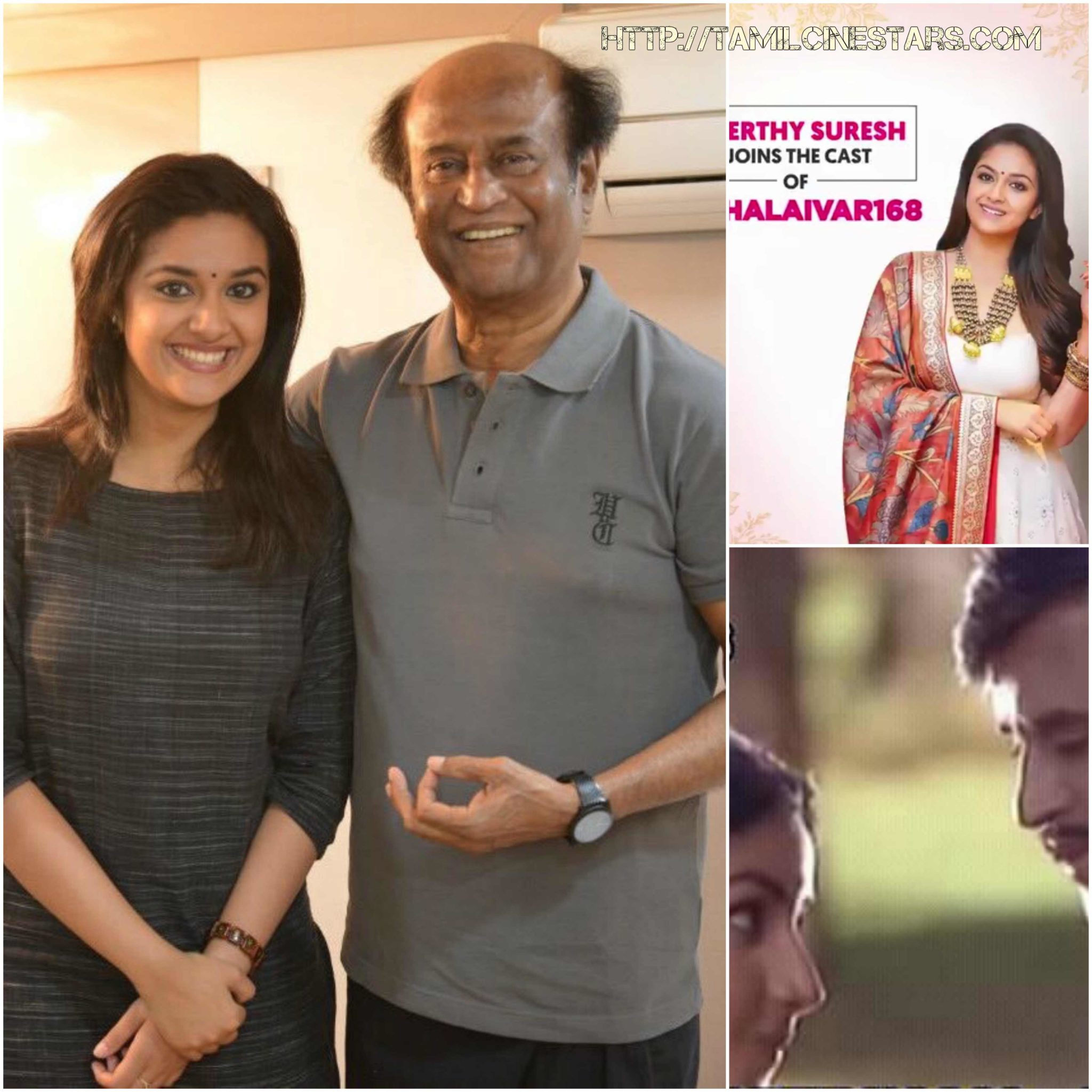 Today We came to know about National award winner actress “Keerthy suresh” will join with Super star Thalaivar Rajinikanth for his 168th movie.
This news came out today Officially by Sun pictures. Thalaivar 168 flick is directed by “Siruthai siva”.

Interestingly, Rare record achieved by Super star is, after Sivaji & MGR who had acted with both Mother & her Daughter actress as their heroines, Now Super star Rajinikanth is going to act with daughter KeerthySuresh.

Earlier in 1981 he had acted with her mother Menaka in Netri kann movie. 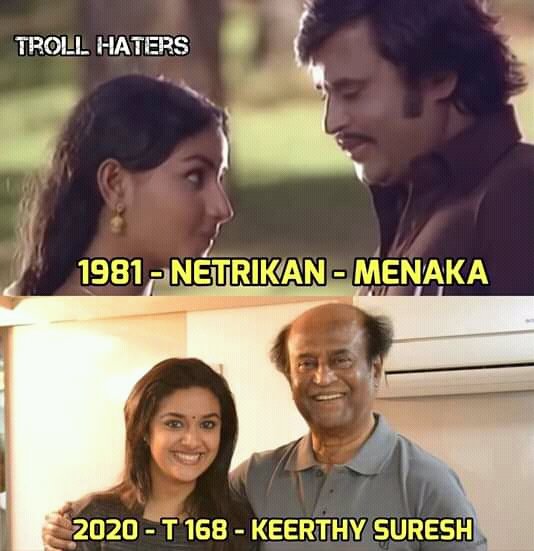 Thalaivar 168 is produced by Sun pictures in Siruthai siva’s Directorial, Soori as an comedian and D. Imman as a Musician. Crew list will be updated soon.