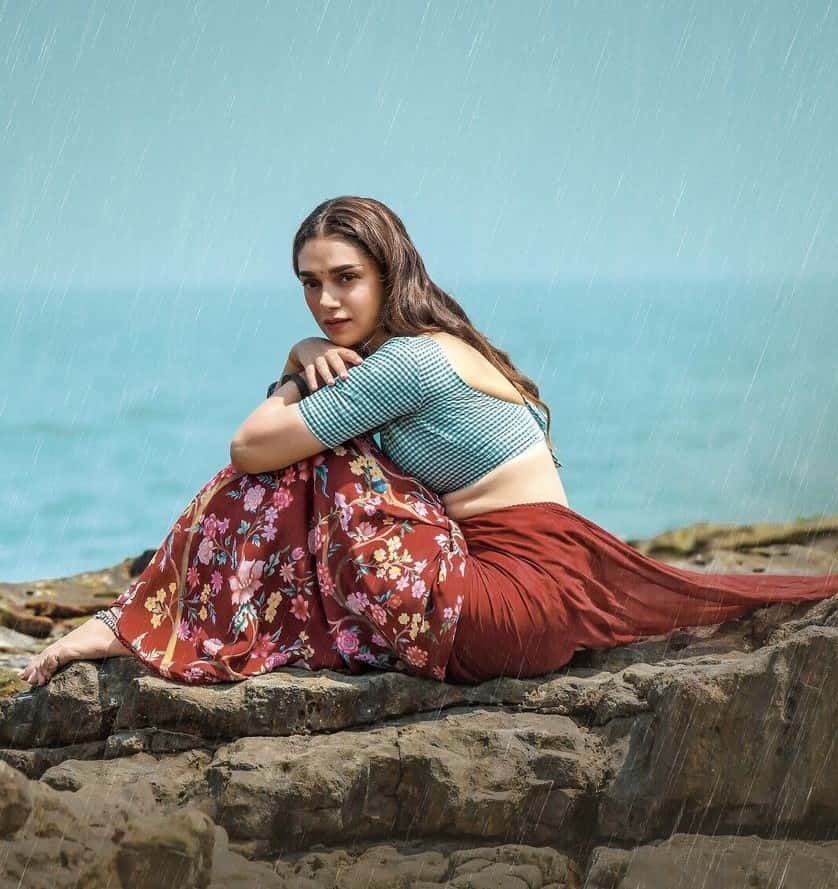 Aditi Rao Hydari also popularly Known as Aditirao is an Indian Film actress, who mostly worked in Bollywood, Tamil and Telugu films. But She started her acting career in malayalam film “Prajapathi” in 2006. On the very next year, she debuted in tamil movies with a period drama film “Sringaram” by a debut director cum cultural activist ‘Sharada Ramanathan’. Aditi’s Bollywood debut came through “Delhi 6” then followed with several movies like Yeh Saali Zindagi,Rockstar. In 2012, starred as a lead role character in London, Paris, New York movie, following “Murder 3”  psychological thriller. She did a special appearance in the Marathi film “Rama Madhav” song ‘Loot Liyo Mohe Shyam’.

Interesting info about her is

After a long gap, In 2017 she came to kollywood via Maniratnam’s Kaatru Veliyidai pairing with karthi. On the very next year her performance in Padmaavat was critically acclaimed.

Also entered into tollywood industry with Sammohanam starring with Sudheer babu. Seems like she’s one of the favourite pick of legendary director Mr Maniratnam. she has been picked in Multi star cast movie Chekka Chivantha Vaanam for romancing with handsome hunk Arvind Swamy. Then followed in telugu with Antariksham 9000 KMPH(remake of TIk TIk Tik).

Thughlak Durbar & after a long delay of 15 plus years she came back to Malayalam industry with  Sufiyum Sujathayum.

She has been lined up with quite few releases in this year Maha Samudram & Hey Sinamika.

To Continue reading about her biography, Ups & downs in Cinema career below.

View the Latest Gallery of Actress Aditi rao Hydari below: