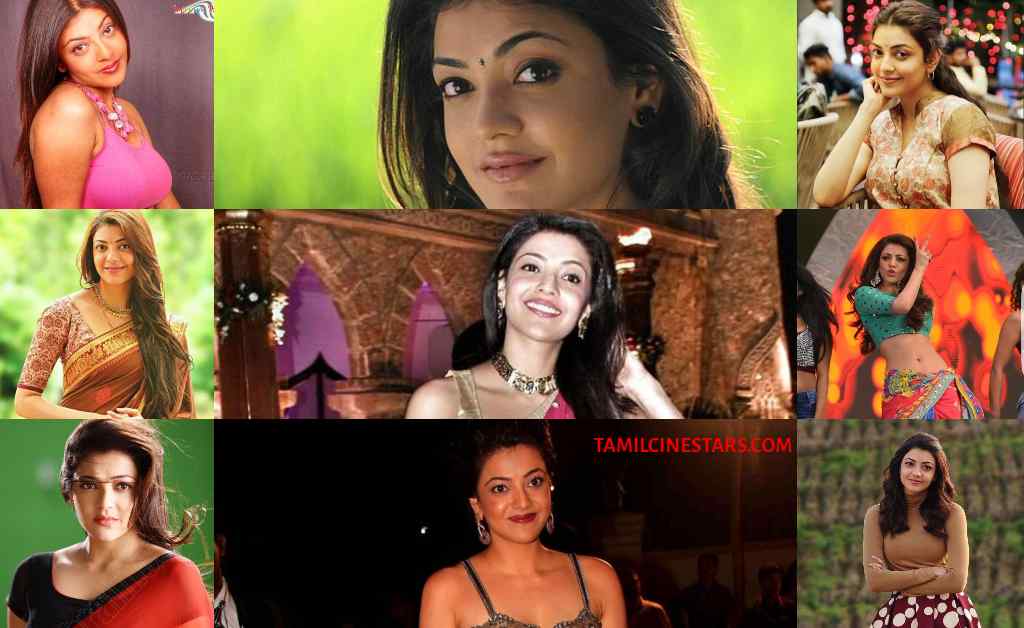 Kajal Aggarwal was born and raised in a Punjabi family settled in Mumbai. Her father name is Vinay Aggarwal an textile Businessman and her mother is Suman Aggarwal a confectionist as well as Kajal’s business manager. Kajal has one younger sister Nisha Aggarwal, an actress in Telugu, Tamil and Malayalam Industry, she also actred in few films who tied knot with Karan Valecha.

At first Kajal Aggarwal made her acting debut via Bollywood industry in the 2004 hot film “Kyun! Ho Gaya Na”. Then Later she came to Telugu industry and her first movie released in 2007, “Lakshmi Kalyanam”
along side Nandamuri Kalyan Ram directed by Teja. But this movie didn’t went well, Later in the same year, her other movie Krishna Vamsi directorial Chandamama starring with Navdeep, which went onto positive reviews and it became successful at box office.

Her First Tamil release came in 2008, through Perarasu’s action movie Pazhani, co-starring with Bharath. Then She had 2 more Tamil releases in same year with Venkat Prabhu’s comedy-thriller Saroja, in this movie she portrayed in a guest appearance, and then comes with Bharathiraja’s investigative thriller Bommalattam along side Arjun sarja. Although Saroja went on to become a commercial as well as a critical success, but both films failed to boost her career image as her roles was too small in that movies. Then Her Telugu releases Pourudu directed by Raj Aditya and Aatadista by Ravikumar Chowdary respectively, did not went onto make positive reviews, but both were successful at the box office.

In 2009, she had one tamil release along side Vinay in Modhi Vilayadu directed by Saran, it went onto pour some mixed reviews.

After many struggles in her career,  here comes the twist she finally got huge break through from Rajamouli’s movie.

She got some huge Public Recognition through high budget Telugu historical movie Magadheera, alongside Ram Charan. This Movie is directed S. S. Rajamouli. She got nominated for the filmfare award in the best actress category.

Continue reading below the Awesome gallery of Kajal Aggarwal.

How she went onto became a successful heroine in Tamil & telugu Industry.

One of the notable awards which she received was Tamil Nadu State Film Award for Best Actress for the film Raja Rani. In the year 2010, she got Kalaimamani award from the government of tamilnadu.

Magadheera Went onto receive some Postive reviews and became a huge blockbuster in Kajal’s career. Later in the year 2010, kajal appeared in the Tamil thriller film Naan Mahaan Alla, opposite Karthi, which is based from real-life incident happenings and went to gain some positive reviews

Kajal is also known as Miss Congeniality in the South Indian cine industry due to her friendly nature and her ability to get along with all others well.

Her Major Commercial success came in the span of 2012 – 2014. In which she acted telugu film with Mahesh babu, Mattrraan along side Suriya, Thuppaki with Vijay, But in the year 2013, All in Azhagu raja with Karthi didnt meet the expectations as planned but her role as Chitra Devi Priya in the movie is a funniest one with laughable moments.

In 2015, she paired opposite Dhanush in gangster comedy film Maari then she came along with Vishal in Paayum Puli.

She also starred in a bollywood film Do Lafzon Ki Kahani with Randeep hooda in 2016.

In 2017, Her Career is on a high in Kollywood. She starred in Vivegam with Ajith & Vijay in Mersal One of the highest grossing film of that year.

Her Last film in Tamil cine Industry was Comali in the year 2019.

In the year 2020 on October 20, she got married Gautam Kitchlu an entrepreneur.

She has more than 5 movies in her kitty.

Indian 2 & Paris Paris are currently delayed due to some issues.