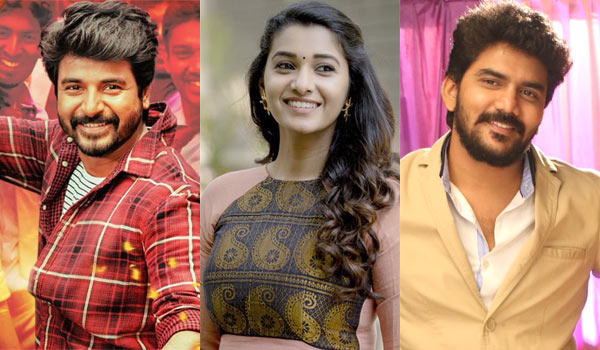 There is some special miraculous unity with these films. These three films major leads are also came spotlight through Vijay TV. ‘Mr Local’ movie’s hero Sivakarthikeyan, where he participated as a contender in the ‘Kalakkapovathu Yaaru’ event and later become the host of the show and now emerged as one leading hero in kollywood today. Kavin, who starred in ‘Saravanan Meenakshi’ serial, through “Natpuna Ennanu Theriyuma” he’s making his debut as a hero where he’s pairing with Ramya nambeesan for this movie.

The three who came to the cinema from Vijay TV are competing with their films on the same day.

check out this news in Tamil