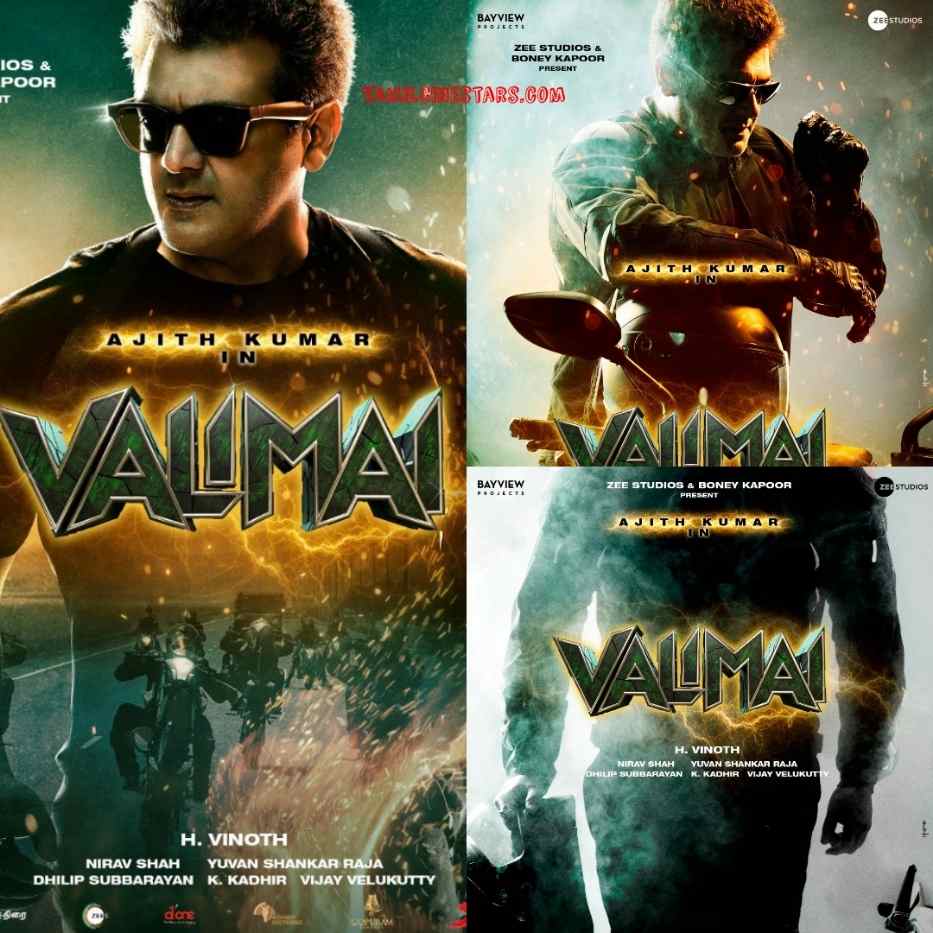 Finally, the wait is over and Thala Ajith Fans have some reason to rejoice. As fans have eagerly waiting for the first look long time the production team planned to give a glimpse of Ultimate Star Ajith’s Upcoming action Film “Valimai”.

This movie is produced by Zee Studios & Bay view projects of Boney Kapoor.

Check out the Cast & crew of this upcoming film :-